Skip to content
20th SEA POLLUTION PREPARATION AND EMERGENCY INTERVENTION FROM GİSAŞ
GİSAŞ Shipbuilding Industry Inc. “Preparation for Marine Pollution Preparedness July 2020 Exercise” was held at GİSAŞ Dock on 03.07.2020 with the measures taken within the scope of Covid-19 Pandemic, which has been continuing for a while.
Tuzla Port Authority, General Directorate of Coastal Safety, Coast Guard Marmara and Straits Regional Command officials, and Facility Pollution Officers of the Shipyards located in Tuzla Shipyards Region and personnel in the DFDS Port Emergency Response Plans participated in the exercise.
In the exercise conducted by GİSAŞ, which is an authorized response company and undertakes the emergency response plan organization of the coastal facilities in Tuzla Bay with its trained expert staff; Due to the rudder locking of the ARTEMIS SEAWAYS Ship departing from the Port of DFDS, GİSAŞ slammed the pier from the stern shoulder. As a result of the collision, the drill scenario was created by drilling the fuel tank into the sea, considering that diesel oil spillage occurred. In our exercise, GİSAŞ’s fleet was added to its fleet in April, which was operated entirely by electricity, and therefore caused noise pollution; Since it does not require processes such as fuel, lubricating oil, the port tugboat GİSAŞ POWER, which continues its activities without causing air and sea pollution, has been represented on behalf of the ARTEMIS SEAWAYS ship causing the accident.
As per the scenario; For the intervention to pollution by deploying the ARTEMIS SEAWAYS Ship at the appropriate location; It was decided to prevent the debris from going out of the bay by closing the breakwater mouth with a 225-meter fence-type barrier, to keep the ARTEMIS SEAWAYS (GİSAŞ Power Tugboat) vessel closed by means of skimmer and sorbent materials by closing the vessel around it. During the exercise, the pollution was dragged to the GİSAŞ Wharf shores and subsequent coastal cleaning studies were also undertaken, and the application was terminated by sending the collected wastes to the licensed disposal company authorized by the Ministry of Environment and Urbanization.
With the evaluation meeting held at the end of the exercise, it was concluded that the exercise was carried out in accordance with the scenario and the staff successfully fulfilled their duties when the personnel’s use of the equipment was re-evaluated.
GİSAŞ will continue to serve in Tuzla Aydınlı Bay with its experienced and educated expert staff, with the aim of contributing to cleaner seas and a cleaner environment. 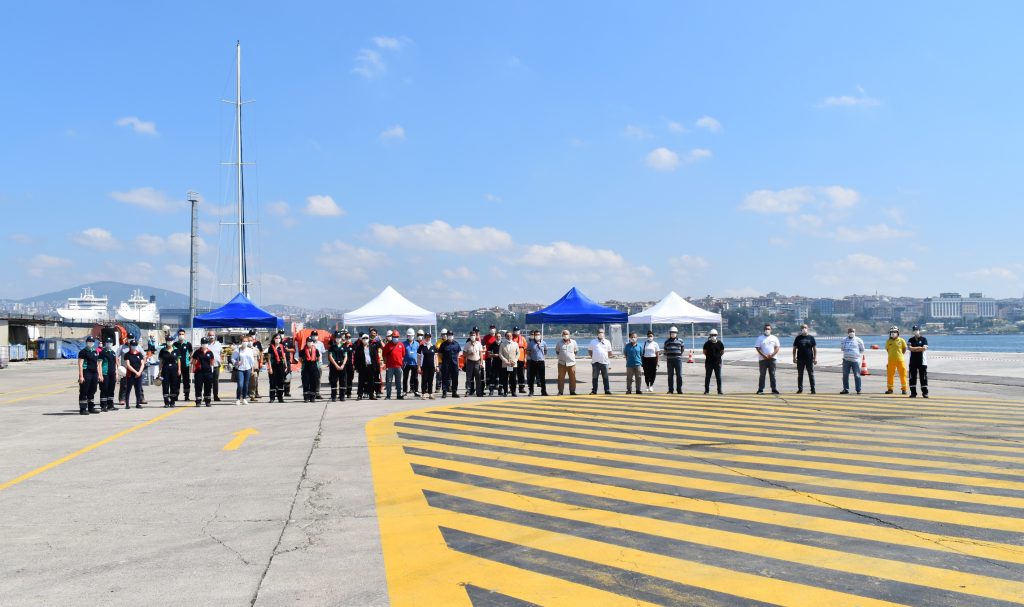 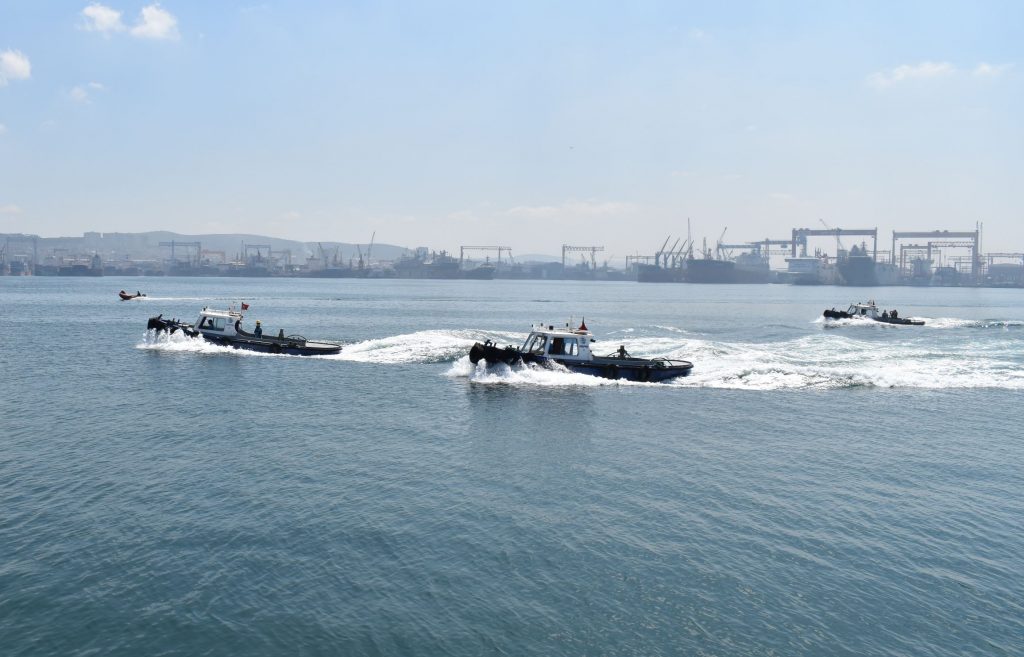 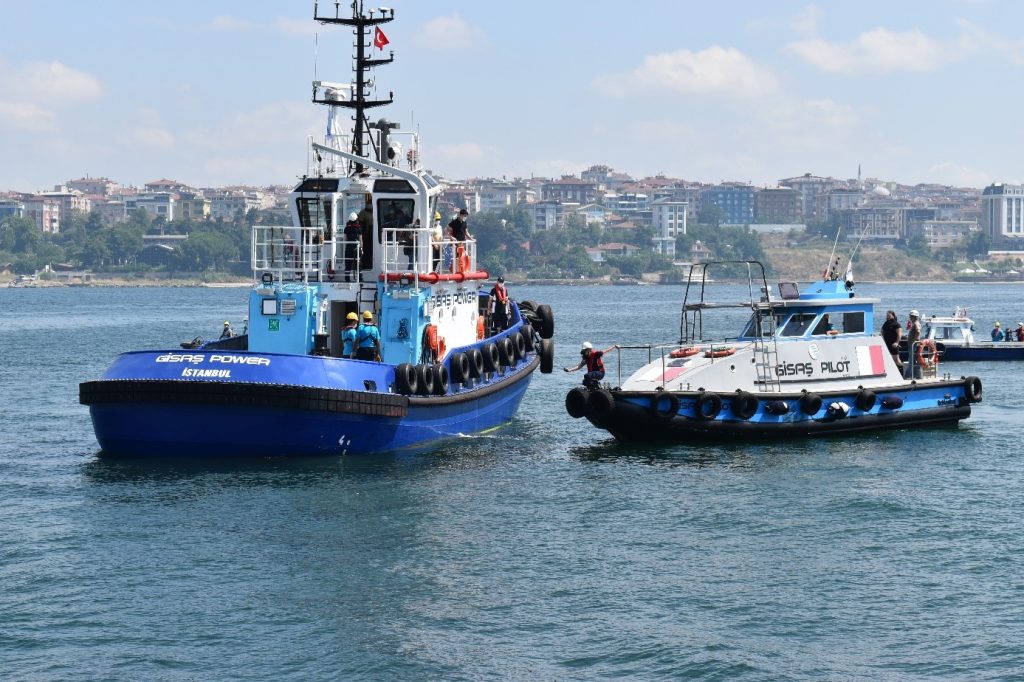 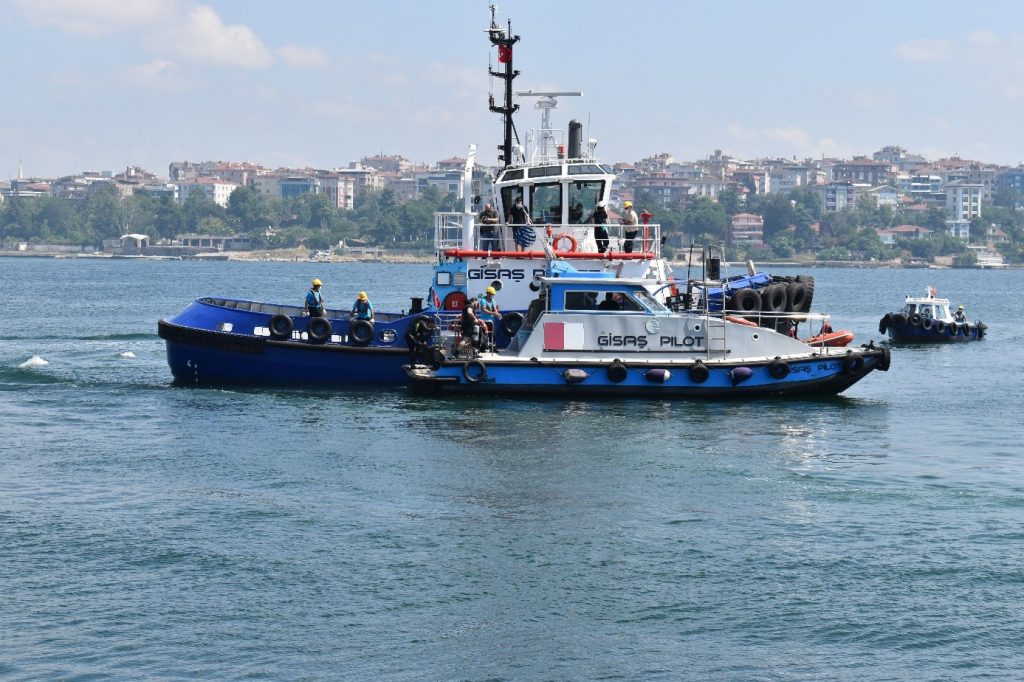 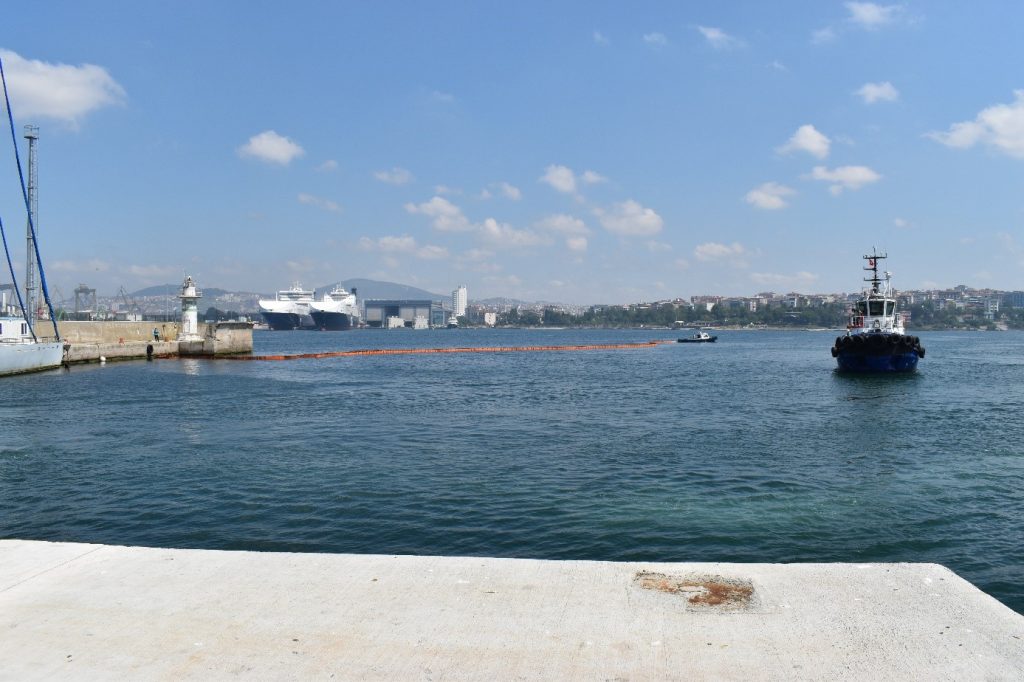 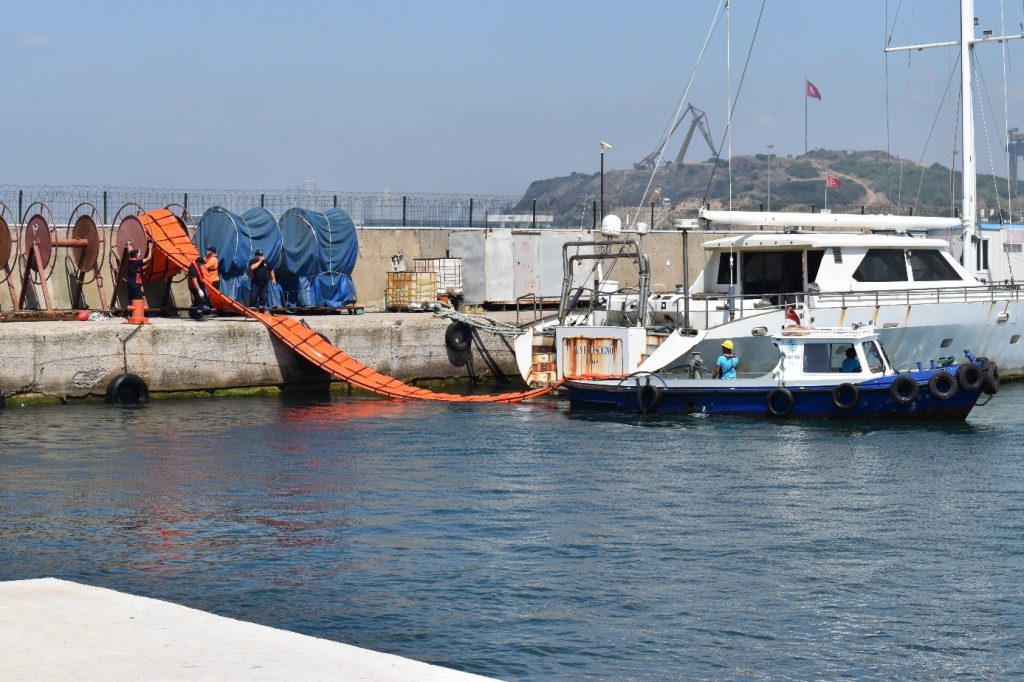 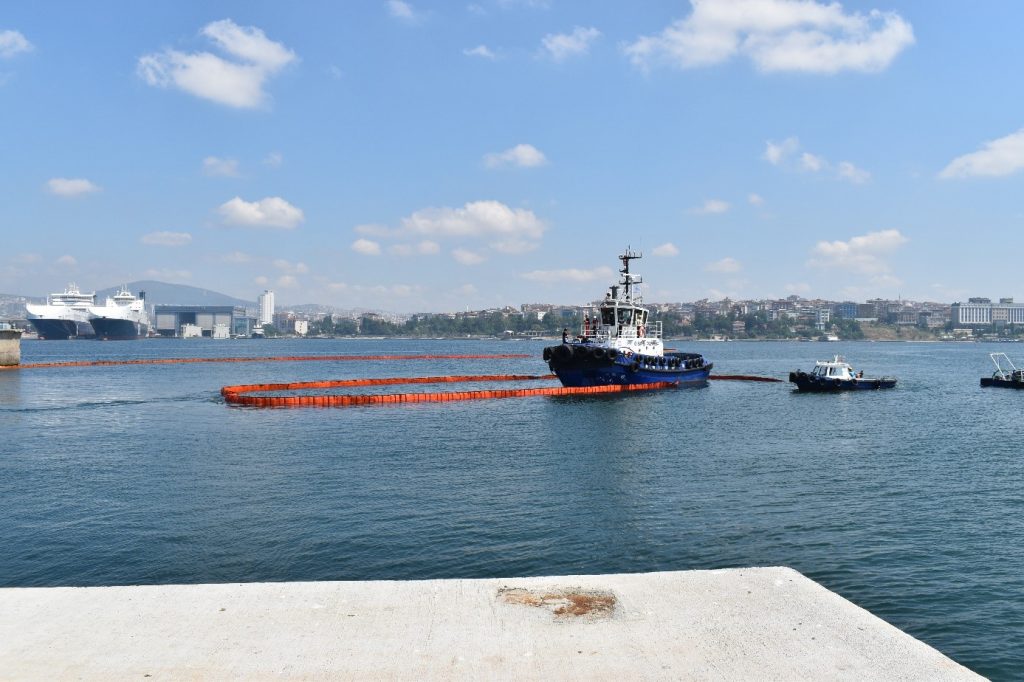 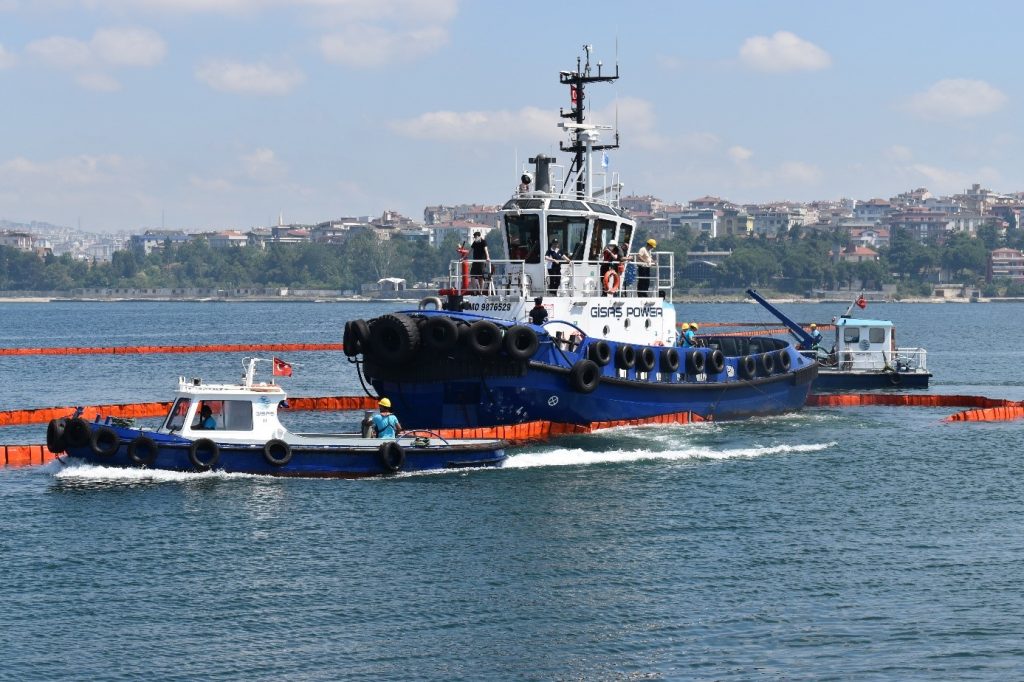 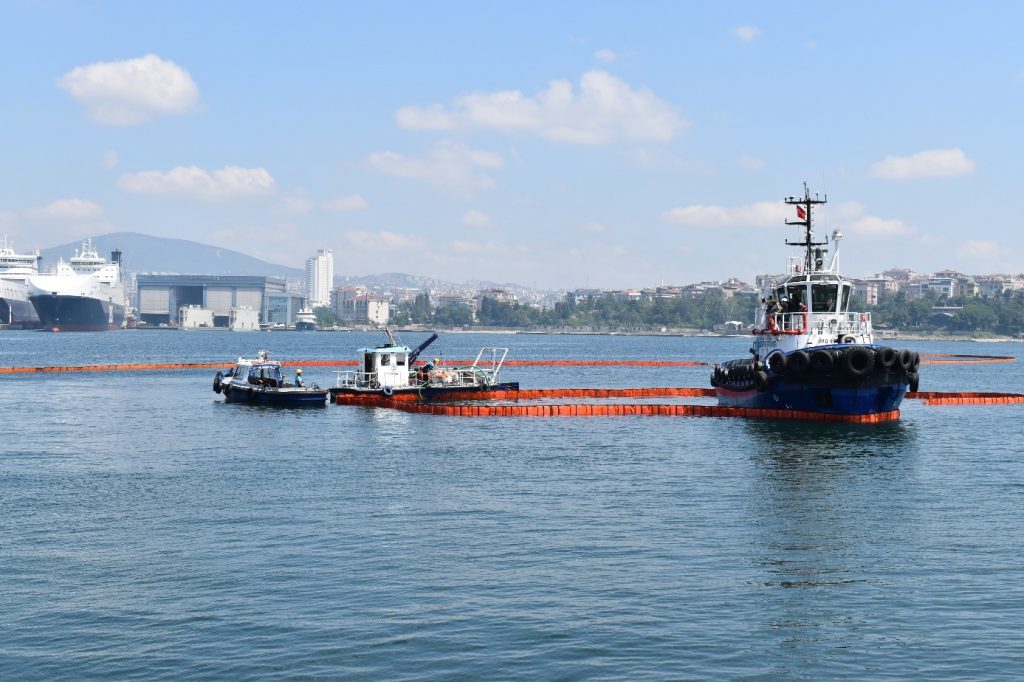 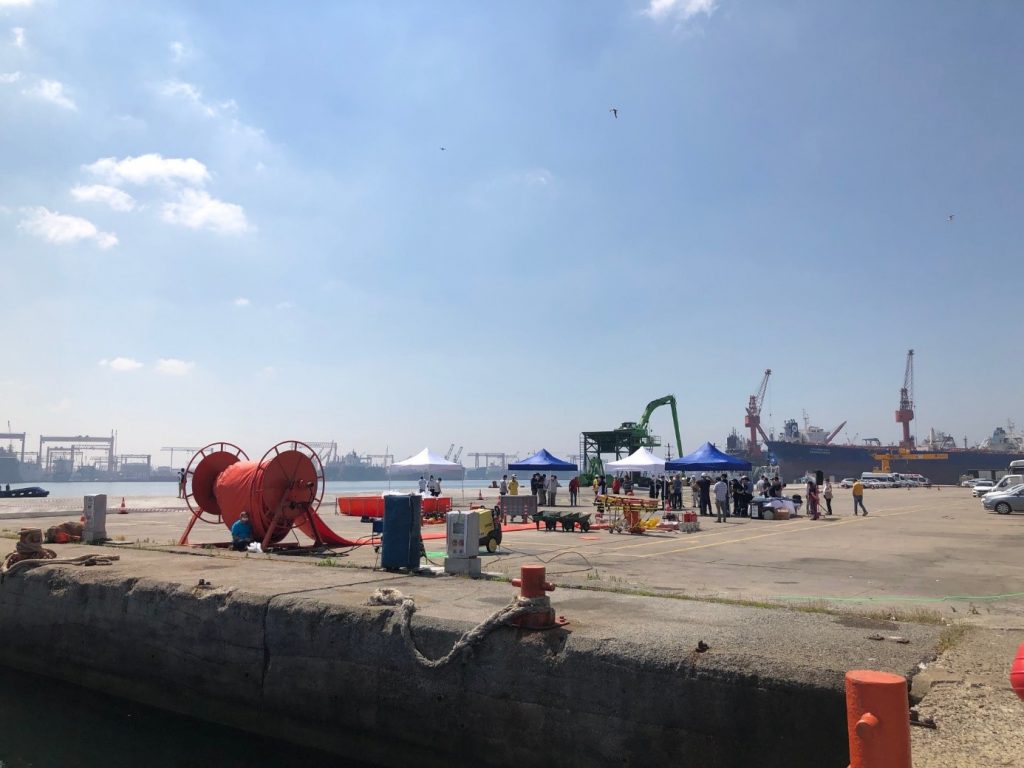